Back to Latest Updates
Share this article
Class Update

We even managed to go on our 1st trip to the underground secret bunkers of the Auxilliers. It was a fabulous morning for all the pupils involved as they got to experience what life was like for the soldiers once they had to go ‘underground’.

Years 7s learnt about life for German children, British children, and Jewish children from different countries in Europe. They learnt how harsh life was and how the children had to do what they were told regardless of how they felt. Using emotive language, they describe the times for the three groups.

Finally, they explored one of the most poignant battles – D Day. This was about describing the event, using their senses and emotions to entertain the reader.

Holly wrote “Bang! In reaction, I looked up to see an empty boat. My eyes widened at the sight because I thought the boat was full. I can see sand now. My friend started to pray like his life depended on it. I can’t tell if I’m shaking or if the sea was just rough. Bang! suddenly, I taste blood, I look back and freeze because no one was behind me. I snap back to reality when my friend says we’ve arrived.” Amazing!!

Year 8s learned why WWI started and how harsh Germany was treated after the war. They explored a few of the battles and were shocked but how bad the conditions were. Realising that men & horses both died by drowning in mud was a cruel death at Passchendaele.

Ben wrote “The cold air whipped past my face as I ran through the trenches. Running as fast as I could to get to the Sergeant. I had a note from the commander to stop the assault on the abandoned village Dankershire tomorrow.

Five days earlier. “Alright Tommy?” “As fine as I could be Davin.” I replied quietly so the others wouldn’t wake up.” Awesome! 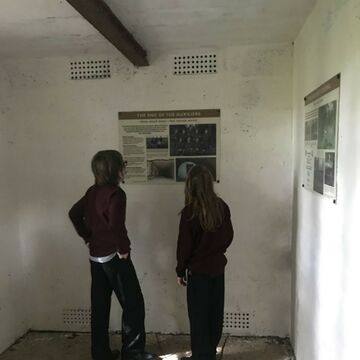 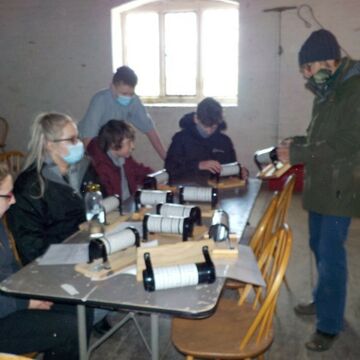