Our year 9 pupils have been looking at poems this term in English. They are learning to analyse the language and techniques used in writing poems and stories. This is a big jump from their English work in KS3 and initially they were apprehensive. The class has demonstrated good resilience in tackling this level of work.

One of the first pieces of work done was a piece of descriptive writing, they looked at some examples and discussed the vocabulary used. Then they produced their own pieces, they were very successful in applying the skills learnt previously in KS3 and adding in the new elements learnt this year.

The pupils have been exploring a series of poems looking at what they think the writer is trying to say and how they might want the reader to feel. They have been introduced to the poems through reading them together as a class and watching videos of them being performed.

The poems meanings were debated and discussed by the class with great enthusiasm!

They were asked to describe what they felt the poems meant and to back up their argument with evidence from the text.

One of the techniques the pupils used was annotating the poems with their ideas about what it meant by writing them around the poem provided.

The class collaborated well sharing their thoughts and ideas about the writing they were looking at. They have become increasingly more confident in applying their skills and working more independentaly. 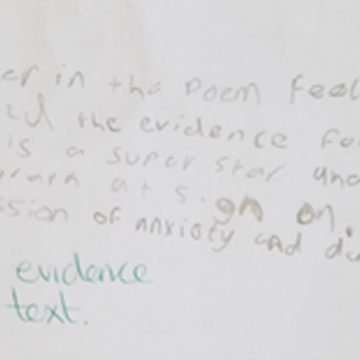 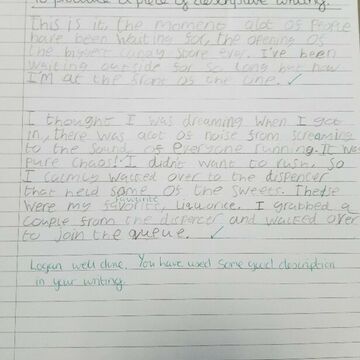